Forever in Another World, 2013 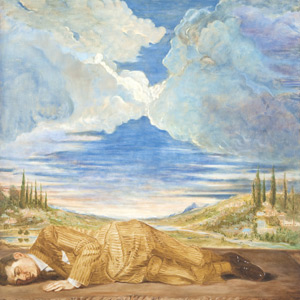 2013 is turning into a banner year for Aidan Baker. Earlier this year he released a gripping record with the collective B/B/S. Nadja's latest, Flipper, is standout album (even within their vast discography). I haven't even had time to catch up with his entry (with the Plurals) into the always-good Lattitudes Records series. Now he's gone and released Forever in Another World, with yet another band, Caudal.

While they are armed as a traditional instrumental rock trio, don't be fooled. Each song is an extended, amorphous rock workout, with wafting echoes of Bark Psychosis guitar tones over an insistent krautrock motorik. Each aspect of this band is deceptively simple: it's actually amazing that they don't recede into sonic wallpaper or descend into pointless noodling. That oft-copied krautrock beat is pesky and in the hands of less-skilled drummers comes off flat and motionless when it's supposed to point toward infinite horizons. When Baker's work often hovers at opposite poles between ambient drift and metallic threat (both in slow-motion tempos), it's refreshing to hear him in this middle ground, over a lively beat. Apparently he's dangerous at every speed.

Having amassed an overwhelming digital library of music, I started a vinyl collection under a loose curatorial ideal: records would be a place of honor. With the initial concept of limiting every artist to a single record, I would have to choose every LP carefully. Each record would need to represent my love of that music. I hope it will result in a distilled, manageable yet-still-diverse collection.

This blog is an ongoing, unordered catalog of those records along with some personal thoughts on each. 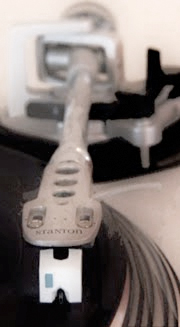