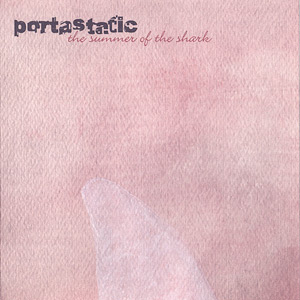 I'd long wanted Summer of the Shark on vinyl, the only problem was: it didn't exist. 2003 was a tad before the 'new vinyl boom'. It predates Record Store Day, et al. At that time, all anyone could talk about was that CDs were going to go the way of records, as Apple had just introduced the iTunes music store, becoming the first truly major digital music distributor. Now 11 years later, and vinyl is back, and the Shark gets reissue treatment (on crisp white vinyl, no less).

I've often viewed Portastatic as the song-writing watershed for Superchunk's Mac McCaughan. It's where his writing went from great pop punk to great songs. I'd say this marks the point that now, when he's at his best, he's punching in the same class as the Mountain Goats and the Wedding Present. Hey Salty and Don't Disappear are the sort of tunes that pack this album with songs that put a lump in your throat no matter how many times you hear them. Despite it's title, this a very autumnal album--even when it's upbeat it's shot through with melancholy and never really tries to rock out. This album aches hopefully and yearns quietly. It inhabits all the hyphenated emotions that are the stuff of real life.